The redheaded beauty of Pam Courson 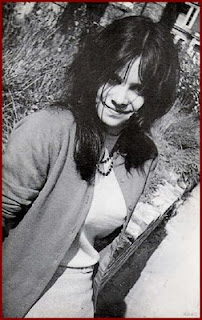 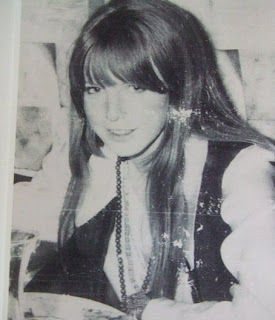 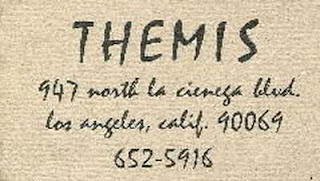 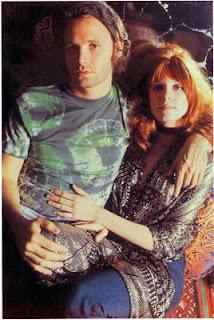 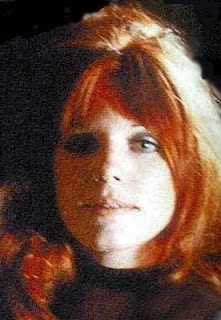 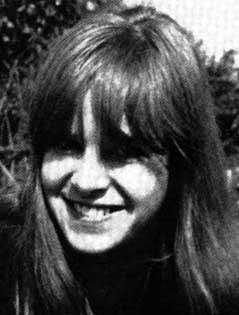 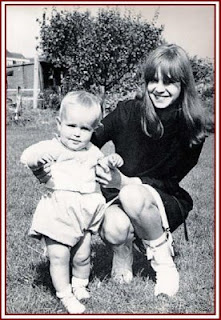 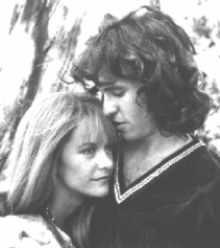 I met Pam in Paris. We both are redheads and had been mistaken for each other. I was there as an exchange student studying ballet - she was living with Jim.
She was a lot of fun - she was very addicted though and when she wasn't holding she was trying to score and when she scored big - she was nodding.
At the time she was hanging with a guy who was said to be a Comte. I didn't understand her relationship with him because I knew she was Jim's girlfriend and she seemed very physically affectionate with this guy. Frankly, I thought the guy was gay - but he was a lot more fun than Jim. Even if he was gay he seemed to really care about her. He watched her intently when she would talk (the neat trait of a lot of Frenchmen) and would brush the hair out of her face which I thought was endearing.
I also thought there was something strange about Jim (pun intended) I barely saw him - he was always 'in the bed' and hindsight tells me that he was suffering from severe depression. I can't remember speaking 2 words to him and he didn't seem to like me either.
She just seemed like a normal sweet girl who unfortunately had a monkey on her back. Here are my memories. I only met her 3 months before I returned stateside.She loved sweets and we would meet for coffee and pasteries at a little cafe called "Le Jardin" (the garden). It was close to my school.She was beautiful. She looked very fragile, though. She was so thin her clothes fell off her body and made her look like a little girl playing dress-up. We both enjoyed hitting the flea market and buying the French nightshirts that the old men wore to bed. They were embroderied and made of beautiful linen and soft cotton. We wore them like dresses with leggings.
We were trying to speak French and sometimes we said the wrong things and the French laughed with us because at least we were trying. She seldom had a lot of money on her though and often would borrow a few franc's from American students who didn't know who she was - they thought she was panhandling
She seldom talked about Jim and even as curious as I was I didn't ask her many questions about him because frankly he depressed me the few times I met him. He was so beautiful but so dirty and I don't care for hygeine -challenged men. The French say we Americans bathe too much, but I'm from the East Coast of Florida where we love the sun and the beach and are obsessed about being clean and healthy. We don't do dirt very well. I must have said that to her because I was so surpirsed when she told me he was from Florida and had gone to Florida State
The best times she seemed to have is with her French boyfriend who did treat her very well and not only picked up the tab but gave her money to go down to the fashion houses and buy clothes if she wanted.
I took her to the house of Chanel and Mainboucher and I remember she just felt the wonderful fabrics and looked at the inside of the way the seams were turned and hidden. The woman who worked there gave us some great deals because we could wear the sample sizes that they used for their shows. It was amazing when Pamela dressed up and put on makeup - she went from fragile and pretty to gorgeous. Her personality seemed to change too - I remember she put on a man's Fedora with a black mini dress and I turned her on to the Ritz Carlton's terrific food where we ate and ate and ate, then she turned me on to a club she liked and we danced for hours - even with each other to the amusement of the Frenchmen there.
It was hard to believe she was Jim Morrison's girlfriend, several years older than me and had been in France longer than me but never taken advantage of some of the wonderful places that only Paris offers.
I don't remember the last time I saw her - strange I wish I could - I think we were supposed to met for breakfast but she didn't show up - I left soon after.When I read a book about Jim and her it didn't jive with the Pam I knew. I did not know her well. We were not confidents, not even friends, but we were good acquaintances and her personality was so different from how she was depicted. They said she was possessive and arrogant, often calling herself Mrs. Morrison. I didn't find her arrogant at all - it was a pleasure to have known her slightly.
She was a bright memory in my year in France.I had no idea she came back to the States and died here. For some reason I thought she stayed on in Paris...I'd like to think she was still there living somewhere on the Avenue Foch - buying beautiful clothes and having a red-headed granddaughter like me...
Posted by courtney

just wondering if there were any pictures of you and pamela together???

A few of these photos are of Linda Lawrence Leitch (Donovan's wife) and of Meg Ryan and Val Kilmer portraying Pam & Jim, not Pamela.

I think that this is all lies u r telling

What a joke. You say she was such a wonderful person but you talk about her having another boyfriend there wile she was supposed to be so in love with Jim. That guy was Jean de Breteuil by the way, a big time drug dealer and sleazebag who's smack was killing a lot of people at the time. Your photos are not even of the right people!

Lovely story. Really enjoyed it. Thanks.

A little suspect about this story also. No such things as leggings in 1971

There MOST definitely WERE leggings in 1971, I used to wear them. Maybe called by another name, but definitely existed.

The photos of the lady in this post(not Pam)were identified in another article as being an ex-girlfriend of Brian Jones, with their child. That would be another great story......if it is true!

We called them tights. And, in Europe they WERE called longstockings or leggings usually of wool to keep your legs warm.

That photo of "you" as a ballerina is is actually Gelsey Kirkland. See below.

Leggings have been around since the 50's. Look at The Dick Van Dyke Show. Mary Tyler Moore is wearing them on there when she was laura. She is wearing leggings with flat shoes.