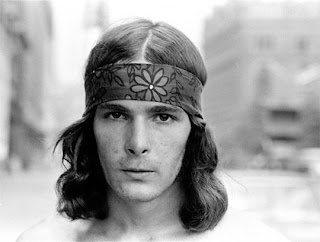 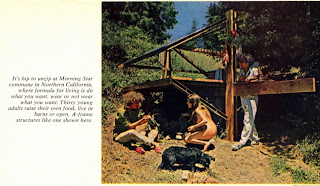 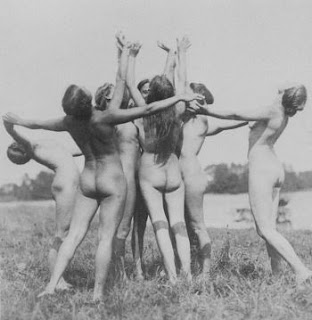 Love, peace and happiness.
We never knew how young we were. We wanted revolution. 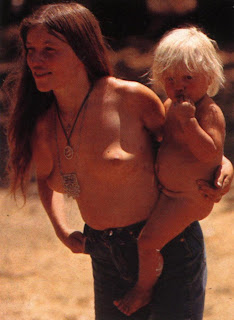 But quickly learned in pursuit of utopia there were some people more equal than others. 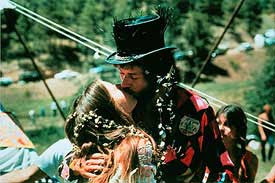 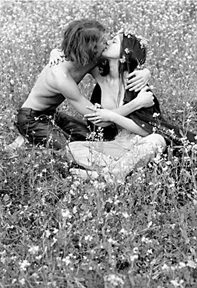 Old man, old lady. Very traditional roles. Just unclothed "Father Knows Best" trying to be self sufficent like "Giligan's Island" not a good mix. And no Professor to help us figure it out. I got hungry, I got cold, I got hot, I didn't like the tree house, there were bugs. Yuk. 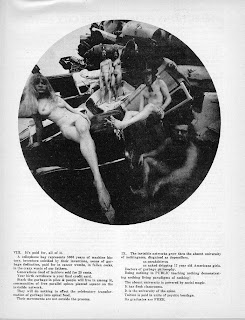 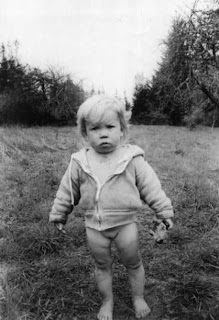 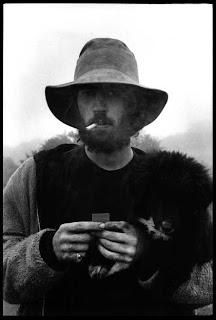 This is not Ley, thank goodness.

He came later.
I didn't even like children that much - and others had them and we all had to take care of them.
We didn't even have disposable diapers. At least I couldn't breast feed someone else's. (But I certainly did my own later).
They should have hired an au pair. 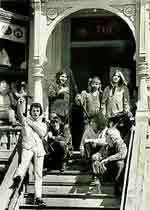 Communes sounded like an ideal situation but simply because one purchased all the Foxfire Books and the Whole Earth Catalogue didn't mean a group of young adults could really sustain themselves and live off the land.

I needed my princess phone. I needed coutre hippie clothes. I needed Chanel No 5 -

Too much to ask? - I hate mung beans and I hate carrot juice. I want real chocolate and not carob.


The music was great, the pot even better but the living conditions had a few things that were, well, horrible. The lack of privacy was one of them. So was the lack of bathing spaces. One bathroom and a shower outside.

I loved the thought of vegan, but sometimes I wanted a steak - (rare, like the one eaten by Mia Farrow in...
Rosemary's Baby).
If the others found out it was a punitive attitude. Who needs that whwn you are 20 years old? 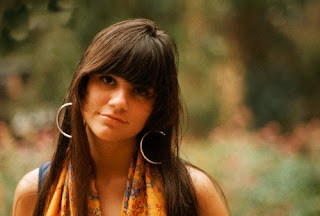 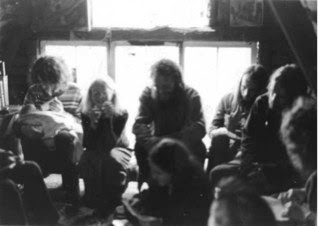 Chores? I don't think so - I was the only one who offered to hire a maid. Nobody agreed. But I did when it was my time to do the one sleasy bathroom. And of course she cleaned my bedroom and then the living eoom - I mean, everybody needs a maid, not just a man. (Sorry Neil) You know what? They were secretly glad.

I had school. I had dance class. I had rehearsals every night and then we went into production. Only Monday is dark in theatre. I couldn't meet those councik things - I had to perform. Jeez
I had to find an apartment and move out! This looks like my commune mates the day I left. I guess I wasn't as popular as I thought or perhaps as Robert Frost said, "Good fences make good neighbors." 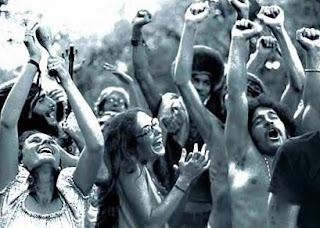 Posted by courtney No comments:

Labels: Communal Life
Miss Monroe - what did you have on when you posed?

Chanel Number 5 and the radio...

She was very witty -

I also heard that there were 8 millimeter films of her at the "Actor's Studio" (Streetcar Named Desire)in New York - but I know Mr. Strasberg was the largee of almost all of her works, photos et al - so if there were they were much too valuable to be shelved in a closet.

Anyway, this redhead is her 'biggest' fan.

• Shelley Winters: If she'd been dumber, she'd have been happier. 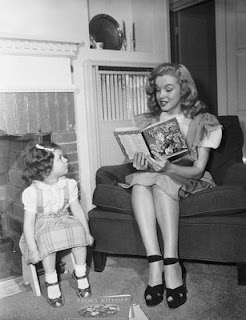 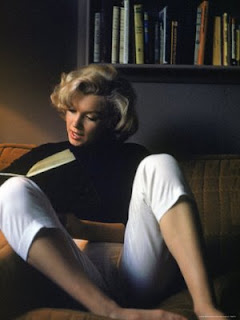 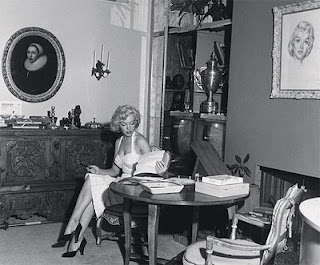 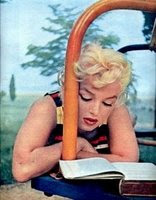 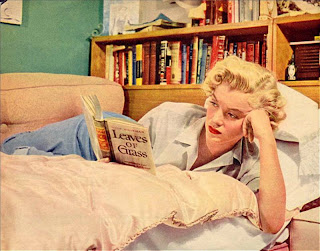